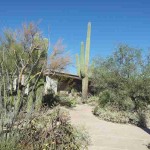 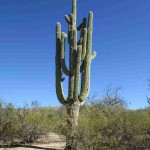 This is one of the things I wanted to see in Arizona. I think all these large cacti are cool. I didn’t really start running into the saguaro cactus until I got about 20 miles east of Tucson I-10. I think they are very attractive. END_OF_DOCUMENT_TOKEN_TO_BE_REPLACED 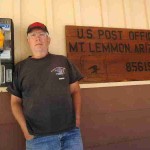 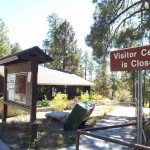 I’m in Arizona. I ask the locals what there is to see. Everyone says Mount Lemmon. I’m thinking, okay, I’ll go. So I take the drive up Mount Lemmon starting at Tucson and ending up at the Mount Lemmon Post Office. END_OF_DOCUMENT_TOKEN_TO_BE_REPLACED

I had a lovely time in Tucson. I spent one day with Dick and Carol, a lovely couple in Green Valley, AZ and two days with Trish, a couchsurfer in Tucson. Tucson is a large city. It’s very spread out, like most American cities. It has a population of almost 1,000,000. It’s got most of the things people need, including a large university – the University of Arizona. It’s also full of people just like me – old people. 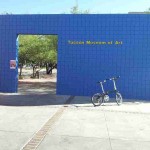 It’s a wall near the Tucson Art Museum. I was told the museum is closed on Monday. Since it was Monday I didn’t try to get in. Maybe another day. 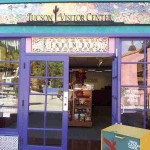 It was the Tuscon visitor’s center. It was located downtown. It was east to get to. You’ll see signs labeled “Tourist Information” all over Arizona. More often than not, the just want to sell you something. This is the official one for Tuscon. They have lots of good stuff. It’s located in downtown Tuscon. 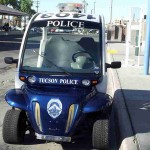 How would you like to see this baby coming after you? Scary, huh? Actually, it looks like something the police chief might take to the golf course. It was parked at the local bus terminal. 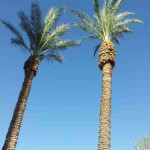 These are palm trees in Tucson, AZ. The are located at the Presidio which is in downtown Tucson. Notice the blue sky. There are not a lot of clouds in the AZ sky. It’s the desert effect. 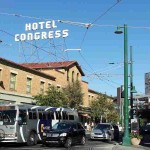 I snapped this picture to show Congress St. It looked like it could be the street for bars in Tucson. Or at last one of them. I also found a place called Fourth Avenue. It also looked like an area for watering holes and eclectic dining. Hip has all kines of ways of showing itself. Notice the bus in the picture. Notice the street car line above the bus. I did not see a street car the whole time I was in Tucson. I did see lots of tracks. Also not the Hotel Congress. 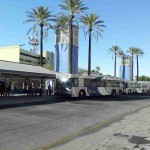 In downtown Tuscon there is the main bus terminal. When I was at the main library in downtown Tucson I found a map of the bus system. Tucson is quite large, geographically. The bus terminal in Tucson was reminiscent of bus terminal I’ve seen all over America. Not a lot of Fortune 500 executives ride city buses anywhere in the United States. 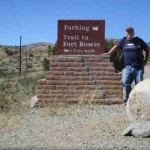 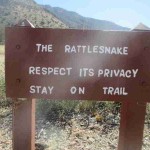 Fort Bowie was a significant location during the wars with the Apache Indians in the 1800′s. The fort was built to help the mail and the stagecoaches, along with settlers bound for the west, to traverse the Apache Indian lands. END_OF_DOCUMENT_TOKEN_TO_BE_REPLACED 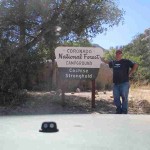 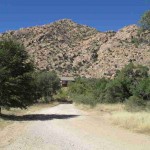 Cochise Stronghold is a section of the Coronado National Forest. It is also a campground in that forest. But, the main point is that is a very rocky area of southeastern Arizona where travel is only possible by foot. This is the place where Cochise, END_OF_DOCUMENT_TOKEN_TO_BE_REPLACED 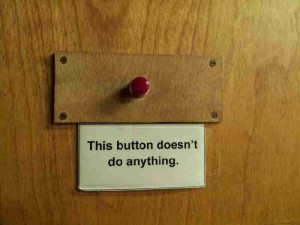 It’s a useless button. The world needs more of them. I noticed it when I was at the Chiricahua National Monument. I was in one of the display rooms watching a video on the park and I noticed the button. Of course, when someone sees something so interesting their interest is perked. It was especially perkful because my government has shut such places as this park down for a week or so while it was trying to find itself. I then made this funny analogy about the button that did nothing and the government that did nothing. I, like the vast majority of Americans was not happy about the government shutdown. You can take principles to the point of absurdity and I think the government shutdown was an example of just such absurdity. When your principles cause you to become very ill, maybe it’s time to rethink them. Maybe even get some new ones. Hint, hint. 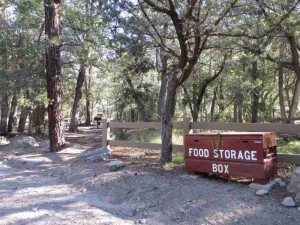 This is a food storage box at the Chiricahua National Monument. You might ask why anyone would want to place food in one of these boxes. It’s simple. The box you see is more bear-proof than a car. That’s really what the box is for – It is to keep the food that you bring to the campsite away from bears. If you keep the food in your car, the bears have no problem breaking a window and getting the food. Bears can be a serious issue at a campsite. Bears are serious business in Arizona. 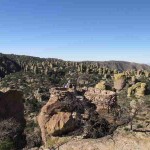 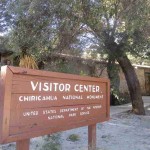 The Chiricahua National Monument is one of the most interesting places I’d never heard of. Ranger Ron told me that I needed to go see it. My puny pictures do not do it justice. For better snapshots try here and here. 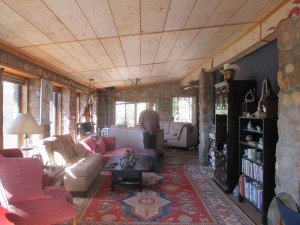 Sometimes I question reality. The question I often ask myself is what is the ideal lifestyle. I haven’t ever been able to answer that question. Hugh Hefner seems to have a few things going for him, but so does Pope Francis. Barack Obama gets to be Leader of the Free World and he has a great kitchen staff for those little get-togethers. END_OF_DOCUMENT_TOKEN_TO_BE_REPLACED 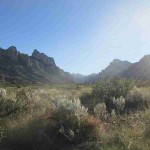 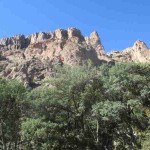 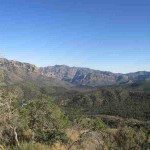 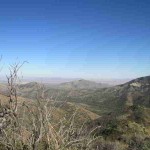 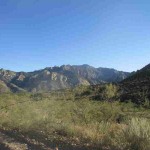 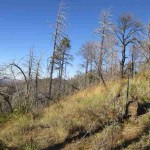 Cave Creek Canyon is spectacular. The above images are some I took while I was there. There are some much better images of it than I can provide located here and here. Cave Creek Canyon is one of the great bird watching areas of the United States. You can Google it for more information. I spent a day with Ron as he showed me around. I was impressed.